The ore drawing and crushing process of Ganzhou open pit quarry in Jiangxi Province is relatively traditional. The panels of this traditional silo intersect at a certain angle. The friction resistance at the intersection of the panels is large, and the discharge port of the silo is often blocked, which seriously affects the normal use of the silo. However, there is no anti blocking step in the traditional ore drawing method. Only after blocking occurs, stop unloading and clean it manually. This method does not fundamentally prevent the blocking problem of the silo, which is not only inefficient, but also difficult to ensure the safety of workers in clearing the blocking.

In order to solve the problem of material blockage at the feed inlet, the sand and gravel yard purchased a supporting secondary explosion-free crushing mechanical equipment - stationary type hydraulic pedestal rock breaker boom system. YZH stationary type Hydrauic Rock Breaker Boom System can quickly, efficiently and safely crush the large stones accumulated at the feed inlet without stopping, so as to fundamentally prevent material blockage in the silo, Thus, the safety of workers' work and the working efficiency of ore drawing are greatly improved. Moreover, the YZH stationary type Hydrauic Rock Breaker Boom System uses electricity as the power source, which is beneficial to environmental protection and meets the development requirements of building a green mine. 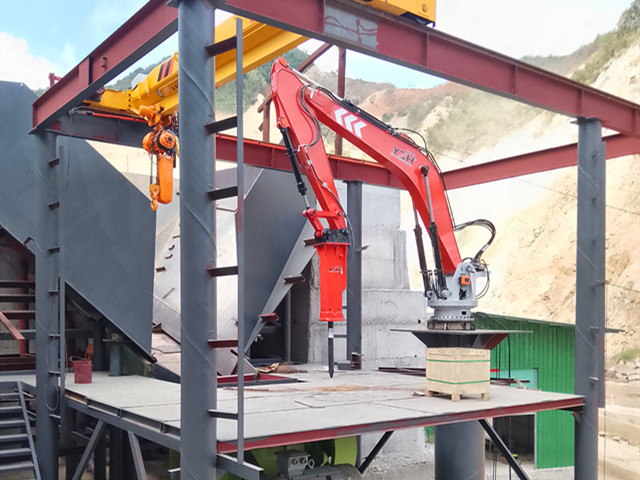 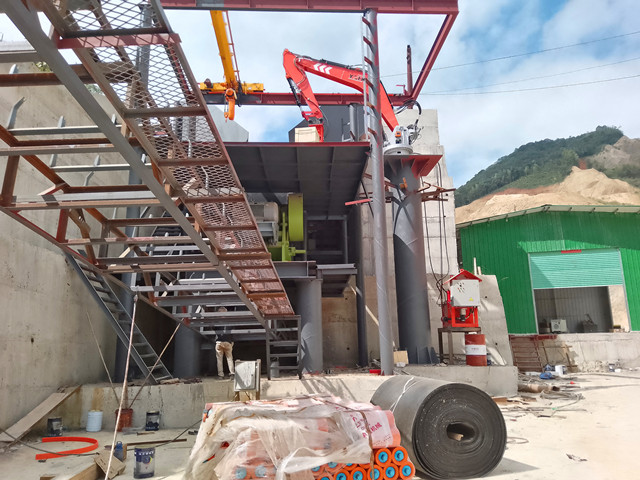 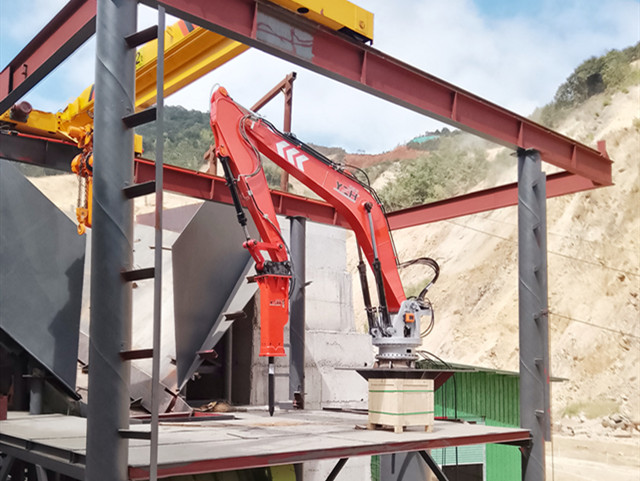 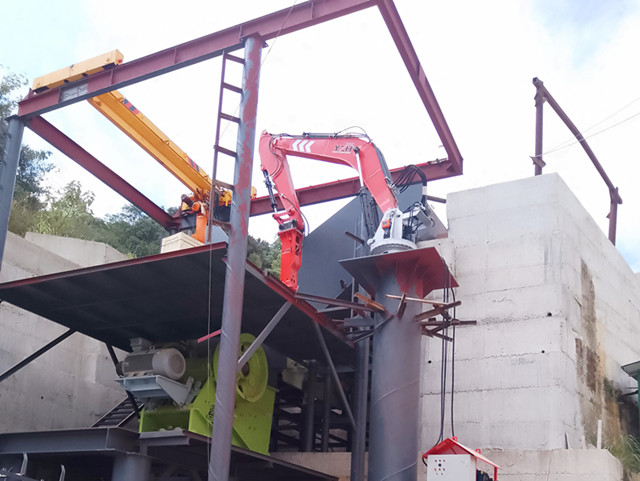 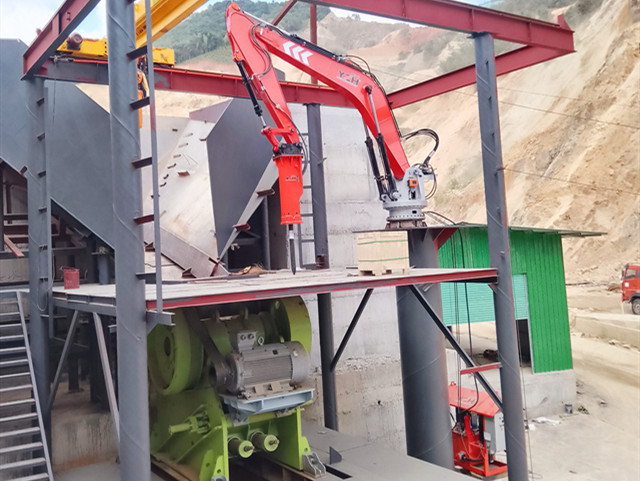