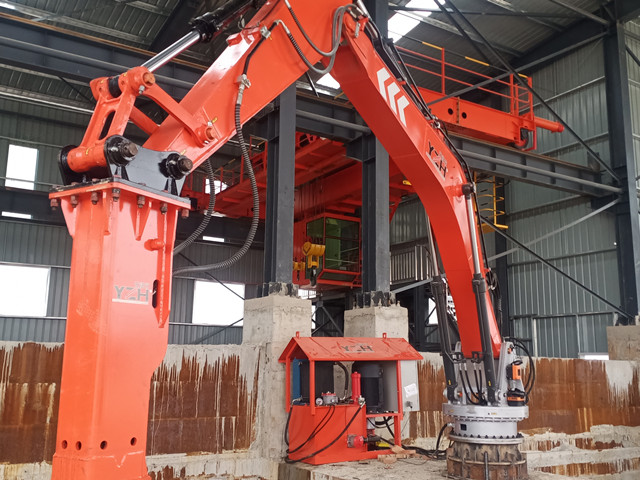 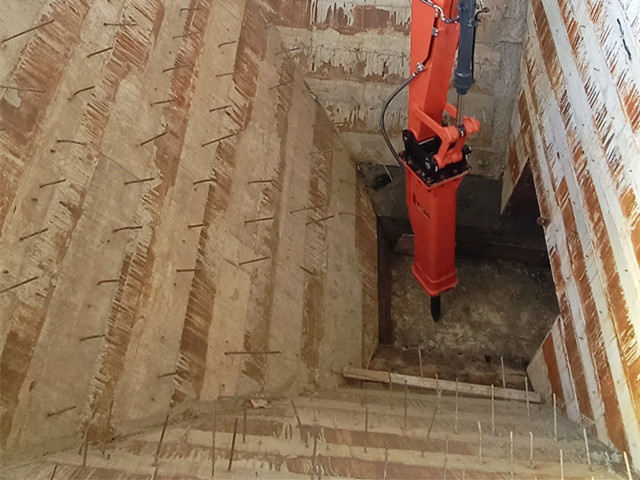 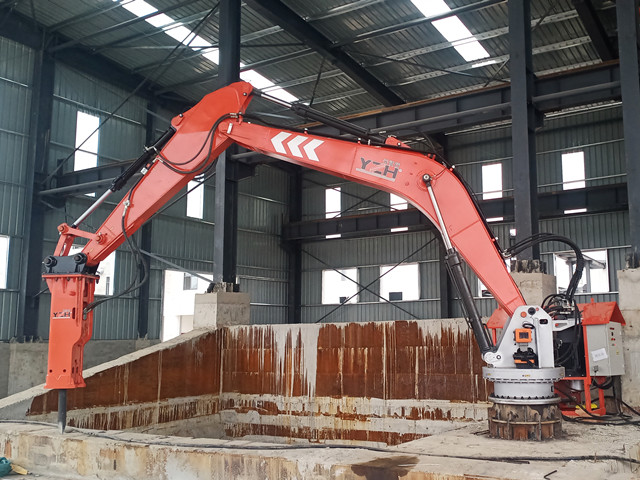 Once the feed inlet or silo is blocked, the production progress of the whole crushing production line will be directly affected! And ultimately affect the production capacity and profitability of the entire mining, and then reduce the industry competitiveness of their own enterprises! For a long time, the blockage of crusher inlet or silo is a difficult problem to be solved! Generally, if the large stone blocks and blocked materials are handled manually, it will be time-consuming, inefficient, very dangerous and unprofessional, which does not meet the development requirements of the construction standard mine! Therefore, YZH multi-functional fixed pedestal boom rockbreaker systems came into being! 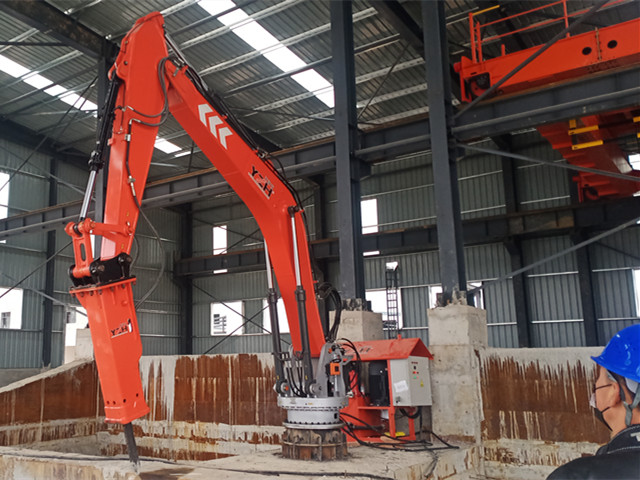 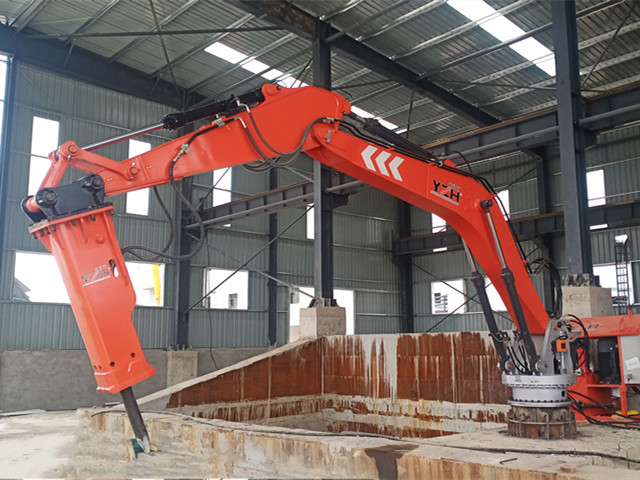 YZH stationary rockbreaker systems: motor driven, energy saving and environmental protection! Moreover, it has the characteristics of simple operation and low maintenance cost, which is very suitable for mining workers to operate and use. Nowadays, the stationary pedestal boom rockbreaker system has been widely used and widely recognized in major mines and sand quarries in China! YZH fixed pedestal booms rockbreaker systems can not only realize fast and efficient secondary explosion-free crushing, but also realize the functions of excavation, grabbing, harrowing, pulling and clamping by replacing the excavation hydraulic accessories at the head! YZH fixed rockbreakers can be described as one machine with multiple functions and one machine with multiple functions! 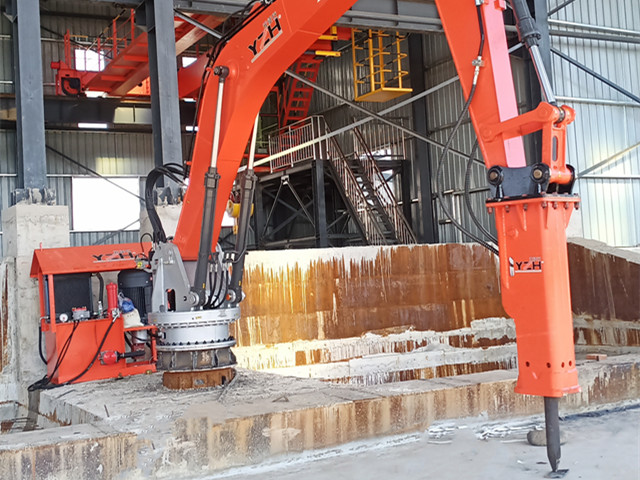 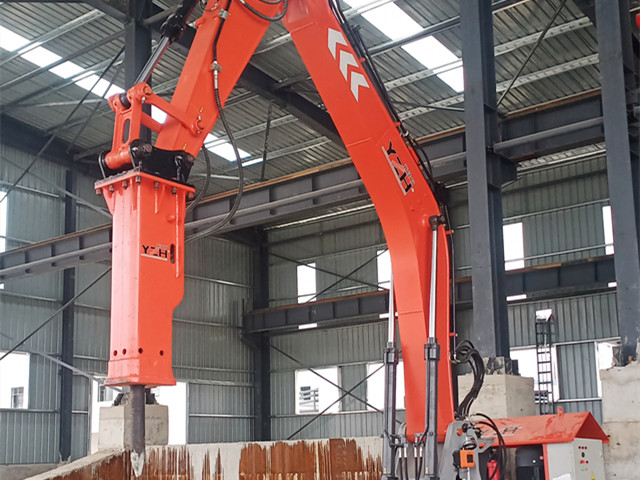